What is your marriage about?

I put this question at the beginning because it is a major factor in everything that we do.  Even for those that are not married have this as a major part of their life.  Some people ask the question as "what does it mean to be a man or woman?"  All of this is about the simple question of what is your motivation. 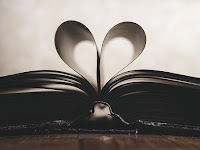 My motivation for a long time was the same thing I would tell others when they asked me what I wanted to achieve.  I would reply that the best thing a father could do is provide a well raised child with a solid foundation for the world.  I married later in life, and by that time, I had already realized I was not likely to be a major world changing person.  I knew I was a good worker, but I also knew that being a good worker means that you are going to affect those who are around you and they will be the ones that talk about your contributions.  I was raised with a high value of family and because of that I actually looked forward to having a family of my own.  I found a wonderful wife, one who I knew would be a great mother.  She was gentle and loving and cared about everyone around her.

Fate did not have a family in our story.  Without children we did the next best thing, adopted pets and began looking out for our parents as they enter into the later years of their life.  Both our fathers have already passed, so now we just have our mothers to look after.  My wife is an only child, while I am the sixth child of seven, so we have considerably different family requirements.  Her mom was one of those whose motivation was her husband, and unlike my mom, she became very inactive after her husband passed.  Now we spend much time walking with her and talking to her so that she regains the strength of body and mind that she used to have when her husband was still alive.  We are working to get her here longer so that we have more time to care for her because she often gets weaker when she is not here. 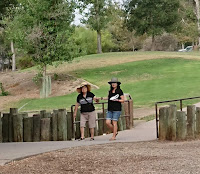 Some would say that this is too much family baggage, I say it is taking care of family.  I hope to be able to give her many good years of exercise, talk, and perhaps even a better living location for the years we have together.  Since she is 80, I don't know how many that is, but I don't plan to throw them away.  When the time comes, my wife and I will find a new motivation and we will go down that road together as well.