An unfortunate story for a co-worker

A little bit ago I had lunch with a co-worker who had been married for just a couple of years.  I thought their relationship would be stronger at this point, however it seems that initial impressions are not always correct.

Their initial relationship was met with hardship because of the wife being a foreign national, and the process taking more than two years from their marriage to get her over here into the US.  While there may have been a little delaying on the paperwork side by the husband, the bulk of the time was do to the amount of time for the immigration office to do it's paperwork. 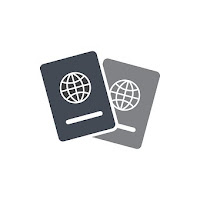 After she got over here, things seemed well for a while, and got to see them every now.  She had a hard time getting a decent job here in the US, just like my wife, and it seems that all of this was wearing on her.

When we got back together, found out that the two of them had been reduced to minimal communication through email.  I asked him about what happened, and also had some feedback from a lunch my wife had with his wife.  One of the things that I found through my time with my wife is that showing respect for her is very important.  This goes all the way to a lot of the smaller actions that I often overlooked since I am American.  I am slightly more ignorant of these actions.

Early on in my own relationship there were sometimes when I would do something that I didn't think much about, but it would often result in some long quiet nights.  I eventually connected that these items had a thing in common.  She put an effort into it for me, and I didn't appreciate it.  While she is okay with criticism, she is not okay with just disregarding her actions.  This is what I perceived to be the problem here.

After talking to him and hearing what my wife had said, I believe him when he says that he loves her, but I think that like me he is a little ignorant of actions that were considered disrespectful.  Since their communication has all but stopped we will see.  My wife and I pray and hope that they can resolve this and that he is able to build a stronger bond with her.
at August 26, 2018